Citécom, the junior communications agency run by EDHEC students, launched a poster competition to raise students’ awareness of sexual and gender-based violence (SGBV) and to promote the platform set up by the School to report cases of such behaviour. This initiative gave rise to a series of visuals designed by the competition winner, Pre-Master student Phoebé Piat. 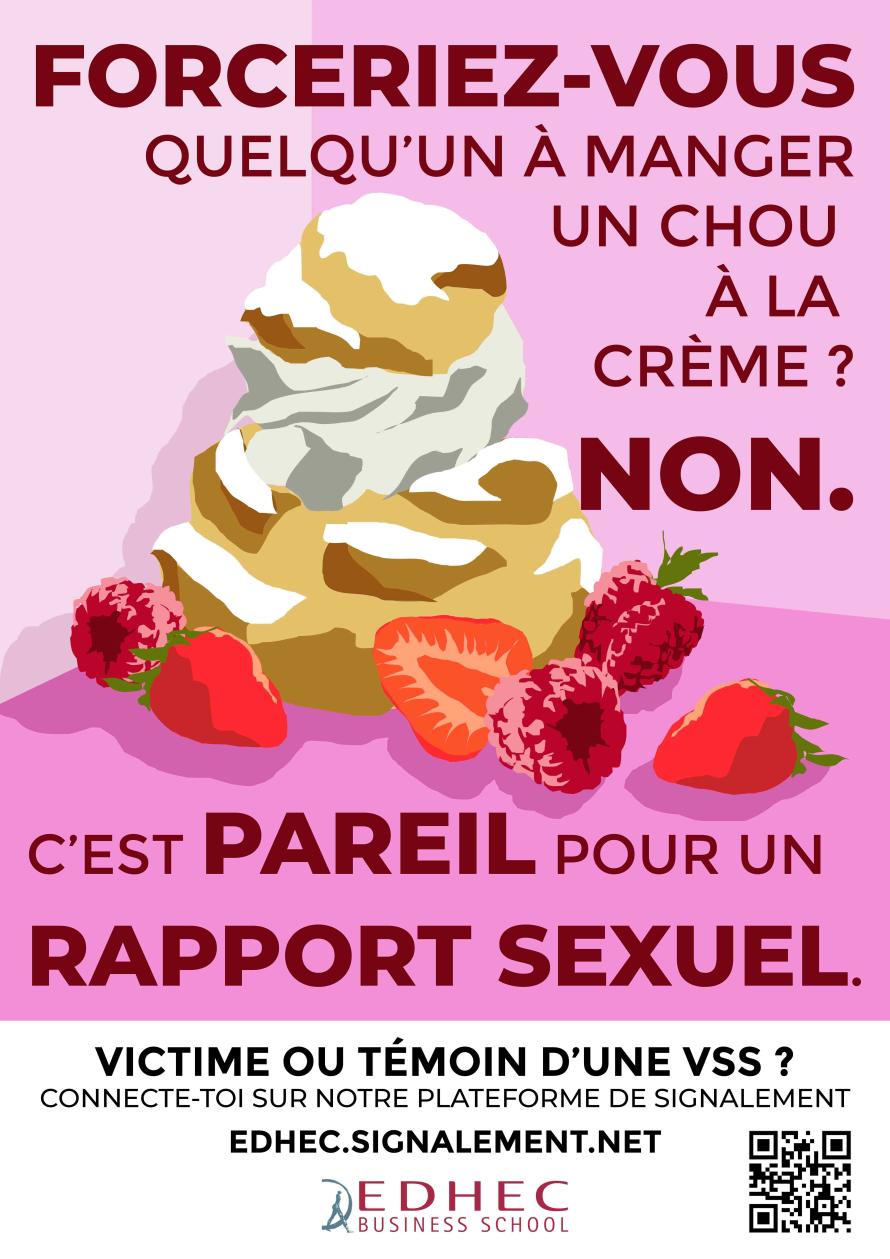 A different way to raise awareness of all forms of SGBV

Displayed on all EDHEC campuses (Lille, Paris, Nice), Phoebé’s three posters aim to highlight the diverse forms of SGB (verbal or physical aggression, insults) and stand out for their original use of graphics and text.

Designed for all the School’s students, the posters tackle issues affecting young people (sending nudes without approval, consent during sexual acts or homophobic insults) and deliberately avoid standard representations of the subject, as Phoebé explains: “SGBV poster campaigns typically show women in situations of distress. I decided to avoid personalising the posters – no faces are shown – so as to address my message to the greatest number, regardless of gender, age or sexual orientation.”

Aesthetics that stand out

In terms of visuals, the posters draw inspiration from pop culture, through the use of solid colours and visual compositions that are fairly light in tone – representations of fruits and cakes – in order to “create a lighter atmosphere than that typically accompanying the subject, so as to encourage people to speak out”. These aesthetics also ensure the posters are highly visible in EDHEC's corridors: “I used flashy colours to ensure the campaign stands out on campus walls and catches students’ eyes.”

This awareness-raising campaign also uses short narrations, highlighting everyday situations and behaviours acknowledged as forms of SGBV, so as to demonstrate their brutality and illegitimacy: “Would you force someone to eat a cream doughnut? No. Well, it’s the same with sexual acts.” or “Would you force someone to look at a painting? No. Well, it’s the same with unauthorised nudes.” Hard-hitting formulas, which Phoebé uses to underline the origin of SGBV – the imposition of one person’s desire or point of view on another person – an angle rarely dealt with when raising awareness of this type of violence: “To make the posters stand out, I wanted to talk about the moment that precedes the act of violence and the issue of consent, the latter being a regular part of many everyday situations, but which we don’t question enough when it concerns the field of intimacy”.

The competition provided the opportunity for EDHEC to showcase innovative solutions imagined by its students to thwart SGBV. Reflecting the seriousness of these behaviours, the School reiterated its commitment to fighting SGBV by means of preventative actions (dedicated SGBV day at the start of the academic year, SGBV training procedure designed for heads of student associations) and tools, such as the SGBV reporting platform, so that such acts cannot occur on campus or during social and festive moments. 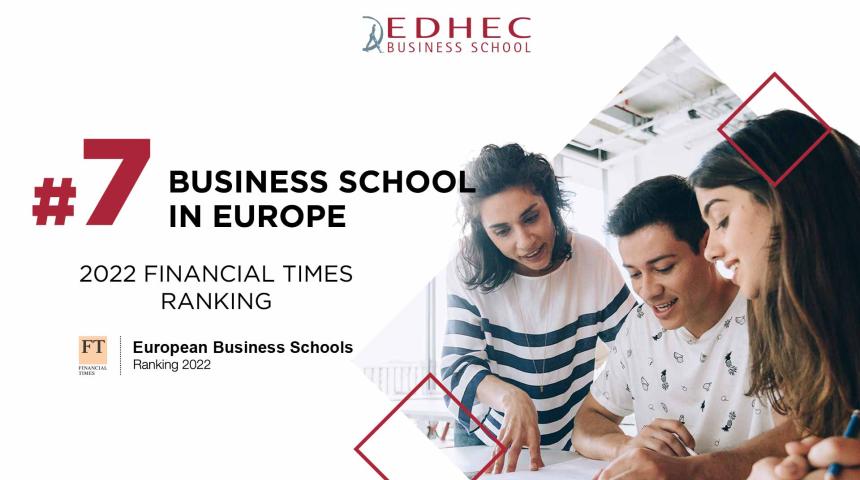