Is the French International Internship program (V.I.E) a springboard to employment for young graduates?

Discover the main findings of the 2022 Business France / EDHEC NewGen Talent Centre study dedicated to V.I.E. - an article by Caroline Rubin, Head of Research at NewGen, Manuelle Malot, Director of the Centre, and Geneviève Houriet Segard, Deputy Director and Research Engineer at the NewGen.

After the health crisis, borders are gradually reopening, especially in Asia, and young graduates deprived of study trips, academic exchanges and internships abroad will finally be able to realise the international experience projects they have been waiting for.

For these young graduates who have had their wings clipped during their higher education, a stay abroad is both an exhilarating and necessary prospect for developing their openness to the world, their autonomy and their critical thinking. These are valuable assets for their future responsibilities.

Since the creation of the VIE (volontariat international en entreprise) in 2000 and the departure of the first volunteers in 2001, more than 97,567 young people have taken advantage of the scheme on behalf of 8,579 French companies. Currently, 121 countries host 8,175 VIEs, 57% men and 43% women, with an average mission duration of 18 months on behalf of 1,700 companies.

After a first major survey in 2018, Business France, the agency in charge of the internationalisation of the French economy, has again commissioned the EDHEC NewGen Talent Centre to assess the impact of the VIE scheme before and during the Covid years. The Centre surveyed and analysed the career paths of 3,747 VIEs who completed their assignment between 2018 and 2021. The very high level of participation in this survey is a first indicator of the interest of the programme and its initiatory dimension for young people aged 26 on average.

97% of respondents recommend the VIE to young graduates. For these people at the beginning of their career, it is considered a professional springboard, a chance to show their qualities and potential, to surpass themselves, to open up to the world and to become independent. The plebiscite is total even for young people on VIE during the health crisis and whose mission conditions were often disrupted and constrained.

The VIE is an effective catalyst for access to employment, with 9 out of 10 young people on a VIE assignment finding a job within six months of their mission. This scheme is often the prelude to very interesting professional opportunities abroad, such as expatriation contracts, and 88% of respondents consider it to be a good means of professional integration, as this testimonial highlights:

« The company where I did my VIE hired me immediately after the end of my VIE and I stayed in China for several years. My career took off thanks to this scheme. Today, I've already had two major promotions: process coordinator in China for four factories and in May 2022, I'm going to put my foot down in management in Mexico as a production manager, still for the same company. »

For them, going abroad for two years is a particularly rewarding professional experience. Three out of four young people see the VIE as a career accelerator because it is a challenging job due to its international aspect, which allows them to open up to a different culture, to sharpen their adaptability and to make their first steps. For two out of three young people, their mission was an opportunity to reach a higher level of responsibility than a similar position in France, as this volunteer explains:

« The VIE allowed me to change my professional orientation towards a field in which I could not find a position that accepted my very junior level in France. It enabled me to join a large company and to create my network within it. I was able to gain expertise in the chosen field and I am still working in this field today. »

The VIE is particularly well suited to the changing aspirations of new generations, whether in terms of skills acquisition and personal development issues, international perspectives or societal impact.

For three out of four young people, the VIE was an opportunity to surpass themselves thanks to an ambitious assignment that allowed them to quickly learn a job, but also to learn the codes and to immerse themselves in the workings of a large multicultural company. In addition, 87% of them developed their autonomy at work and were thus able to gain confidence and self-assurance professionally.

97% of the young people who returned from a VIE assignment developed at least one of the following qualities: ability to learn, interpersonal skills, a sense of achievement, teamwork, agility, critical thinking, innovation, creativity, etc.

They also took advantage of the opportunity to increase their level of foreign language skills, as 73% of them were bilingual or fluent in the language of the country visited at the end of their assignment.

"The VIE allowed me to have international experience in a large French company, to develop my English and to be recruited in a nice American company in a position for which English was necessary afterwards", says one of the interviewees.

And indeed, the VIE is a springboard in this sense: 77% still have an international dimension in their current career.

The CSR (social and environmental responsibility) dimension is increasing in VIE assignments, rising from 14% in 2018 to 21% in 2021, and is thus increasingly responding to young people's expectations of a societal impact, as this testimonial clearly illustrates:

"All the events I organised, including many conferences, had issues related to finding sustainable solutions in various fields. From the choice of caterer, to the compensation of CO2 used for travel... everything was done to improve our commitment to the city but also to our planet."

A tool for building loyalty in the company

In a context of labour shortage and strong tensions on the labour market, companies are now in fierce competition to recruit the best talents. The VIE is a formidable tool for detecting and attracting young graduates.

It is a solution for retaining talent because 1 in 2 young people have continued their professional career in the company for which they were on a VIE assignment, whether in the host country, in another country or in France.

Sixty per cent of them also develop an attachment to the company of their VIE because, among other things, of the quality of human relations and the good atmosphere they enjoyed. They are grateful and want to show their gratitude to the company.

"I am grateful for the chance to prove to myself and the rest of the world that there is no limit to what I can achieve," says one of the participants.

Identification with the company's values and culture, as well as the sense of the company's project, are the other factors behind this attachment.

It is worth noting that this corporate volunteering scheme has held up particularly well during the health crisis, with satisfaction and recommendation levels equivalent to those measured four years earlier. However, this programme, which is the envy of foreign countries, is still too little known and under-used by both small and medium-sized enterprises and by eligible young people, especially Europeans, which is paradoxical in relation to its potential and, surprisingly, some companies still find it difficult to fill assignments.

However, the latest news is excellent, since the beginning of the school year and the opening of the borders of new countries, notably continental China, Israel and Chile, young people are rushing to leave... In September 2022, more than 1,000 young people left on a VIE assignment and this figure will be even higher in October, which bodes well for the French presence abroad and for the economy.

This article by Manuelle Malot, Director of Careers and EDHEC NewGen Talent Centre, Geneviève Houriet Segard, Doctor of Economic Demography, Deputy Director and Research Engineer at NewGen, and Caroline Rubin, Head of Research at NewGen, has been republished from The Conversation under a Creative Commons license Read the original article.

Photo by Artem Beliaikin on Unsplash 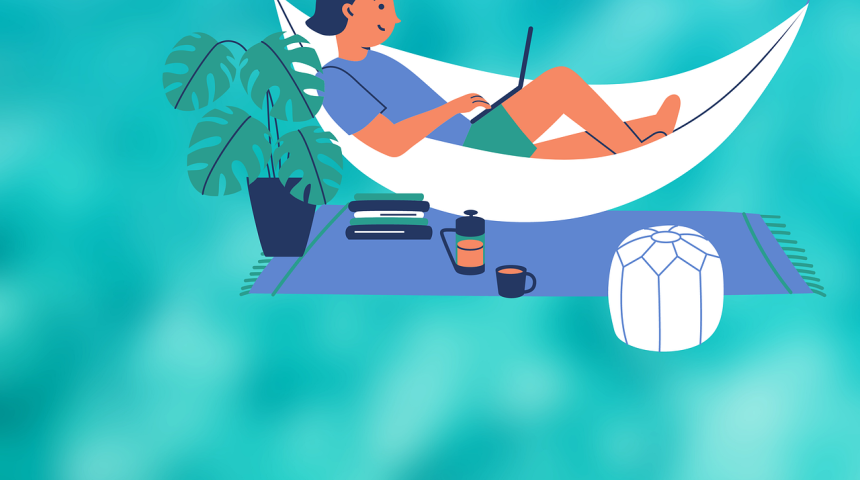 Pitching in English: what mistakes French entrepreneurs should avoid