For 30 years, financial scandals have been making front-page news. Among the most memorable were the fraud committed at Barings Bank in 1995, Sumitomo Bank in 1996, UBS in 2011 and JPMorgan in 2012…

For 30 years, financial scandals have been making front-page news. Among the most memorable were the fraud committed at Barings Bank in 1995, Sumitomo Bank in 1996, UBS in 2011 and JPMorgan in 2012. In France, the most notorious affair remains the scandal at Société Générale, which on 24 January 2008, announced a loss of 4.9 billion euros through unauthorised transactions by a young trader, Jérôme Kerviel. This loss is one of the biggest incurred by a single trader in financial history.

However, since the “Kerviel affair”, the behaviour of traders on stock exchange floors seems scarcely to have changed at all, despite increased regulation of markets and financial institutions.Their behaviour has attracted much attention from the media, financial markets, universities, managers, and a general public unfamiliar with the trading world. Some observers characterise the behaviour of investment bank traders as unethical.

In a July 2021 academic article, we show the importance of the organisational and sectoral contexts in this (un)ethical behaviour.

Lack of scruples perceived as an “asset”

Most research into financial ethics adopts a quite narrow perspective on unethical behaviour that focuses on conformity and compliance with legal and moral standards. This perspective concentrates on individual actions and fails to grapple with the broader institutional context of investment banking.

Moreover, some researchers argue that traders are by nature unethical people drawn to an industry, which itself is devoid of any sort of ethics. They indeed suggest that moral virtues are in fact contrary to what is demanded of traders in the sector.

It seems important not to be restricted by these two perspectives and, on the one hand, to study the context beyond that of investment banking, and, on the other, to think about the conditions encouraging unethical behaviour among traders. Investment banking is effectively a sector that is conducive to unethical behaviour. What is seen as unethical outside the banking sector is considered an asset or a desirable quality within it.

In line with this view, we suggest that if the regulatory system does not seem to work despite being continually strengthened, this might be because it is not in fact intended to regulate traders’ behaviour.

According to our research, the monitoring systems have three design faults that prevent them from being able to control trader behaviour. We define these obstacles as physical, technical, and social distance.

Physical distance refers to the fact that those monitoring traders are physically distant from them, in accordance with the principles of separation of duties, and of independence. There is also a technical distance between traders and financial regulators because the latter rarely master the technical aspects of the formers’ activity. Finally, the social distance between regulators and traders arises from the fact that the regulators’ social status (prestige, remuneration and legitimacy) is seen within investment banks as inferior to that of the traders.

Our research shows that the very design of the regulatory systems does not allow them to control trader behaviour effectively but instead creates an illusion of internal and external regulation. Our conclusions raise doubts about the role of such systems in surveying trading activities.

While this state of affairs exists despite the strengthening of regulations and assurances by banks that such deviations belong to the past, there are some ways we can try to improve the situation. The first is to better distinguish the different kinds of regulation. We propose to make a distinction between those we might call “primary” and those that are “secondary” regulatory features.

The primary forms combine the three factors mentioned above – physical, technical, and social distance. The secondary forms present one or two of these distances at a time. In investment banking, they include risk management and compliance. These secondary forms have little impact on either operations or trader behaviour. Changes to the rules are mainly aimed at secondary forms of monitoring.

Other regulatory features are less legal and formalistic, and more social. These primary checks are exercised at the heart of market activities, on the stock exchange floor itself. They involve desk officers and other traders and how they behave toward one another. However, all ethnographic studies of the trading floor underscore that the social checks carried out there are mainly based on principles of competition and financial performance, with little thought for the risks they entail.

The Kerviel affair is a perfect example of the importance of this kind of regulation. In this case, a first-line manager discovered the trader’s fraud and called him to order. This goes to show how important recent steps to strengthen the role of desk officers have been. Overseeing financial operations, these employees act not only as experts and peers but also as managers in physical proximity to traders. Their technical literacy and sense of authority empower them to keep dealers in check. Nevertheless, technical supervision is insufficient when the manager does not have the expertise required to understand and directly supervise trading. This was the case of the manager in charge of the desk where Kerviel worked, who failed to grasp the anomalies’ nature or magnitude.

Another important element is the permissive culture of trading floors, which values profitability and risk-taking more than respect for the rules and ethics. Thus, strengthening primary regulation requires that traders are adequately trained and socialised – in other words, a shift in the culture of stock exchanges.

This would allow the sector to develop another primary check, exercised not by immediate superiors but by peers. At present, such regulation exists in the sense that traders who watch one another are exercising social control.

However, this mutual monitoring mainly has to do with the capacity of each trader to generate greater profits than the next. Indeed, this collective supervision permits and even pushes traders toward crime. Instead of prompting moderation, it encourages traders to take greater and greater risks, for themselves and others. This has everything to do with boasting, which often means showing fewer scruples than others, as evinced by the example of the former Goldman Sachs banker, Fabrice Tourre. Tourre, who liked to go by the nickname of “Fabulous Fab”, sold structured securities to clients while hiding the fact that the creator of the stocks, Paulson & Co., had taken up positions against the portfolio. This desire to shine also partially explains the behaviour of Jérôme Kerviel, who was working in relatively low-return derivatives – a source of scorn among traders dealing in more profitable products.

Shifting such attitudes toward a less frenetic search for profit would have a decisive effect on the risks that traders create for their employers, their clients and the economy in general when the sums in question constitute a systematic risk, as was the case with the subprime loans. What is at stake here is not just the internal culture of one bank or investment fund in particular, but more likely, a professional culture shared by actors across the industry who put the pursuit of profit above all else and despite the risks involved. Therefore, the desired shift implies going beyond consideration of the individuals involved – the banks themselves must be encouraged to change. That change is still a long way off.

Article written by Aziza Laguecir - Professor at EDHEC Business School and Bernard Leca - Professor at ESSEC. This article is republished from The Conversation under a Creative Commons license. Read the original article.

Photo by Adam Nowakowski on Unsplash. 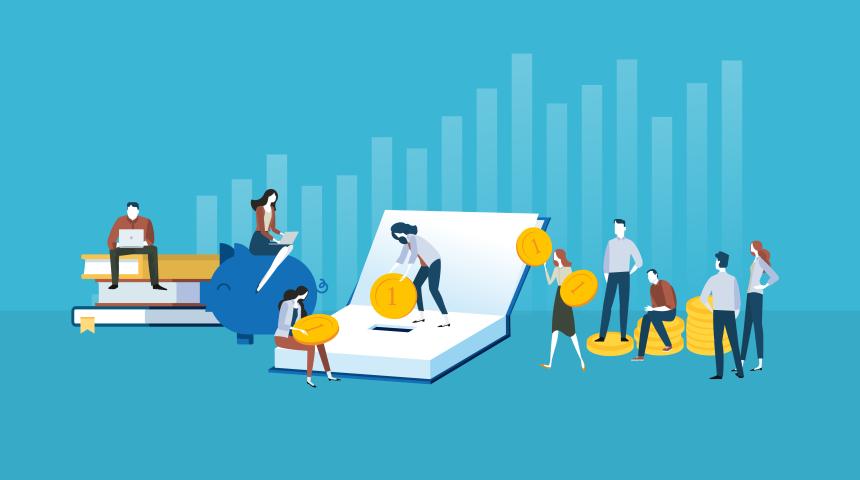 The promises and perils of crowdlending 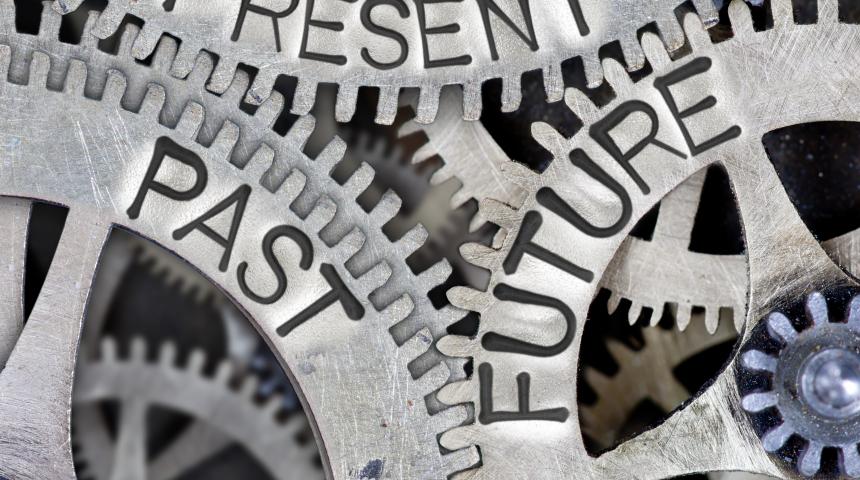 Vicarious guilt of the next generations in family business 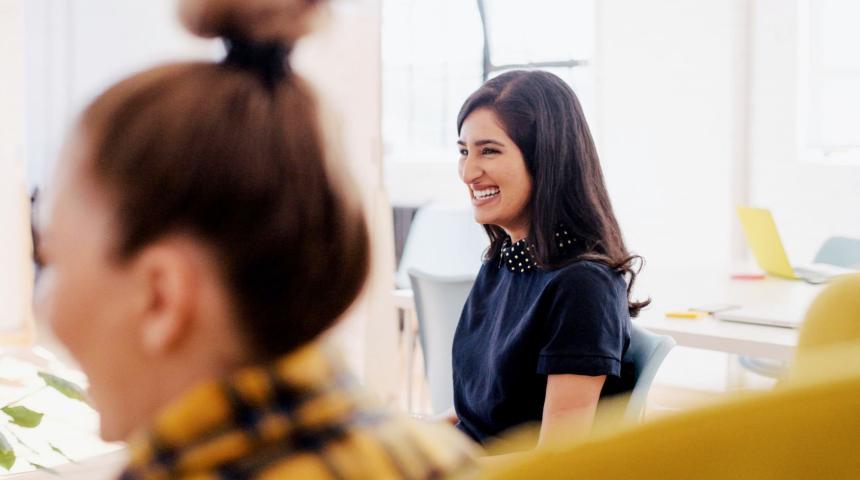